The landmark project will produce 305247 MWh annually for Gujarat Government (GUVNL). In the installation, approximately 3.81 lakhs modules were used and the project will reduce up to 1.03 lakh ton CO2 annually. A thin-film glass on glass modules of various wattages and harnesses of capacity 440Wp to 460Wp have been used in the project.

Speaking on the project commissioning, Dr. Praveer Sinha, CEO&MD, Tata Power said, “We are proud to announce the commissioning of the 120 MW solar project at Mesanka, Gujarat within a short span of five months. We have solidified our position as a major renewable energy player with unmatched prowess across the solar EPC value chain and are committed to continuing our steadfast efforts to help India achieve its clean energy goals.”

Mr. Ashish Khanna, President – Renewables, Tata Power, said “Renewable energy is the future. Every project Tata Power Renewables execute further fortifies our position as one of the leading renewable energy players in the country. Our expert project execution team comes with significant experience in handling unique and demanding projects. Hence, we see each challenge as new learning to push our boundaries. We feel proud to commission the 120MW project at Mesanka, Gujarat as it reasserts our commitment to a sustainable tomorrow.” 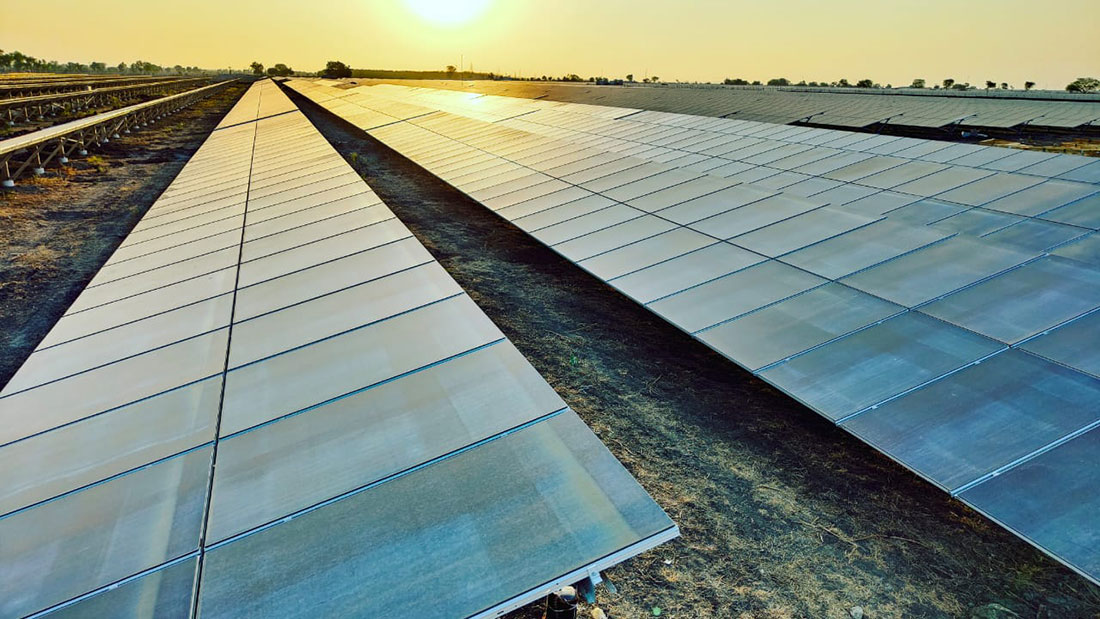 Tata Power Solar, with over 32 years of deep domain expertise is one of the pioneering solar manufacturers in the world and India’s largest specialized EPC player. Founded in 1989, the company was originally formed as a joint venture between Tata Power and British Petroleum Solar (BP Solar). As a pioneer and market leader in the solar space, headquartered in Bangalore, Tata Power Solar now operates independently as a wholly-owned subsidiary of Tata Power.

As one of the largest solar manufacturers in India, Tata Power Solar operates world-class manufacturing unit in Bangalore, with a production capacity of 635MW of modules and 500 MW of cells. It has a portfolio of more than 8.4GW of ground-mount utility-scale, over 950MW of rooftop and distributed generation projects across the country & installed over 65000 Solar Water Pumps in India till date. It also offers a diverse line of solar solutions for both urban and rural markets – these include rooftop solutions, solar pumps, and power packs among others. Tata Power Solar is committed to enabling solar everywhere and aims to provide energy access to millions of people across the country via its integrated solar solutions. For more information visit: www.tatapowersolar.com