India's largest solar EPC order bagged by Tata Power Solar. Tata Power Solar steps forward in the mission to contribute to India’s sustainability goals by adding one of the biggest solar EPC projects to our name with SJVN Limited issuing LOA for the EPC order of 1GW for INR 5500 Cr. This EPC order has been designed keeping in mind the innovative use of ‘Make in India’ cells and modules. The project will be developed under the CPSU scheme of MNRE and will be completed within a period of 24months. Covering around 5000+ acres of land in Rajasthan, this project aims at reducing around 22,87,128kg of carbon emission and is expected to generate around 2500 million units annually. 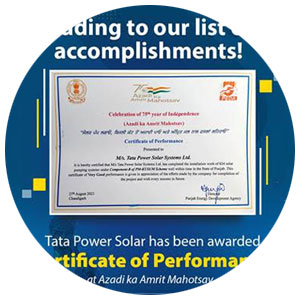 We are happy to announce that Punjab Energy Development Agency (PEDA) has awarded Tata Power Solar with a Certificate of Performance at the Azadi ka Amrit Mahotsav. This certificate is an appreciation towards our excellent performance and efforts displayed while installing 624 solar pumping systems under Component-B of the PM-KUSUM Scheme in Punjab. We are looking forward to doing more in helping India become self-sufficient with respect to energy generation.

- Tata Power Solar doubles its manufacturing capacity of Cells and Modules to 1,100 MW 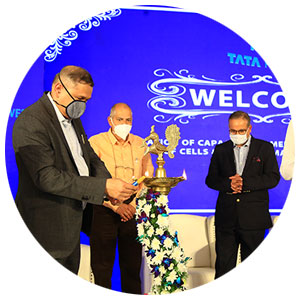 These lines are capable of handling 166 mm - 210 mm wafers and also module wattage ranging from 440 watts to 530 watts with option for bifacial modules. The expansion is based on the significant increase in demand that the company has seen for its solar modules, as well as the expected increase in demand due to supportive policy steps announced recently by the Government of India for creating ‘Atmanirbhar Bharat’ (Self-Reliant India). Tata Power Solar, is one of the few companies globally to have a long operating history of 31 years. This is a strong proof point for the company’s ability to honour the 25 years warranty that solar modules come with. Tata Power Solar has seen an increase in demand for its products which reaffirms the faith customers put in the quality of its products.

Tata Power Solar won Re-Assets Award 2021 in the category of 'Best Service Provider of the Year: Asset Management Turnkey'. Tata Power Solar got the recognition towards increased plant availability by 0.5% which has resulted in improvement of plant performance in form improvement in energy generation. The method was patented and granted in Intellectual property INDIA. Also, developed in house algorithm in commissioned plants where Peak power control was not conceptualised at initial stage. This has resulted in 60 Lakhs/Annum revenue gain due to increased energy generation, with one time cost saving of 80 Lakhs for capacity of 250 MW. 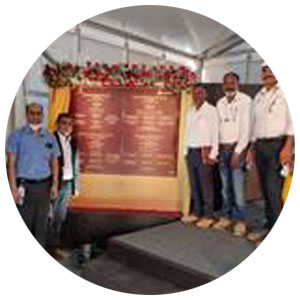 Tata Power Solar has solely designed, engineered, procured, commissioned the project and will undertake the comprehensive operation & maintenance of the plant for 10 years. The plant is expected to generate about 101 MUs of energy annually. Despite Covid challenges, the project was completed one month ahead of its timelines.

This project is one of the most prominent floating solar projects in the country. The venture will be executed on the reservoir of NTPC Kayamkulam District Allappuzha, Kerala. The project is required to be commissioned not later than 21 months. 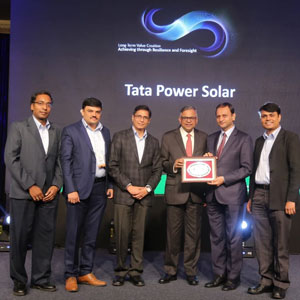 - Award for Active Promotion of TBEM

Tata Power Solar received an award for Active Promotion of TBEM. This award was presented in a glittering ceremony at Delhi by our Group Chairman Mr. N Chandrasekaran during the BEC’18 convention.

This award is a testimony of the tireless efforts and focus on a process based approach by each one of you. This is also a reflection of our excellent financial results i.e. 3 times increase in revenue in last 3 years, ranked as No.1 EPC player in rooftop segment from last 5 years and distinction of having commissioned remarkable projects. 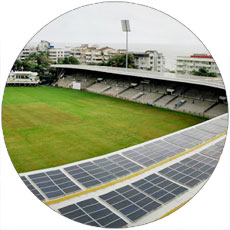 The project was executed by Tata Power Solar to provide solar rooftop solution for the stadium located at Mumbai and was completed in 100 days.

Shri Devendra Fadnavis, Honourable Chief Minister of Maharashtra did the inauguration of the stadium.

Tata Power Solar joined hands with Cricket Club of India to utilise the potential of solar energy. The installation of the solar rooftop project will help to generate over 1.12 million electricity per year which will lead to 25% of savings in the power consumption cost.

At present on an average (apart from Stadium Flood lights, which runs on DG), the stadium consumes 4 lakhs kWh /month, but with solar installation, on an average basis the consumption from the grid would fall to approx. 3 lakhs kWh/month. CCI will also be able to curb the emission of over 840 tonnes of carbon dioxide annually. 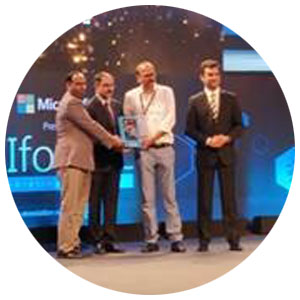 The award was given for leveraging Artificial Intelligence to improve current technology used in the organization.

The overall AI deployment at TPS helped us to rule out the use of conventional image processing and rule-based algorithms for sorting defective solar panels. This automated solution piloted on the shop floor operations.

Based on the observations, it is concluded that the solution resulted in substantial improvement in operational efficiency by improved throughput, reduced costs and higher long-term customer satisfaction.

This recognition proves that we have what it takes to be the market leader and set benchmarks within the industry. 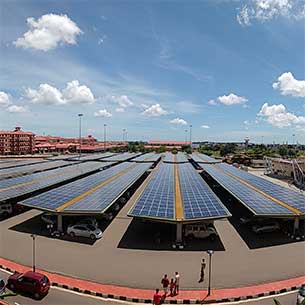 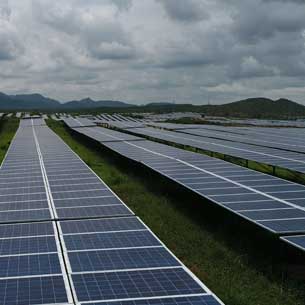 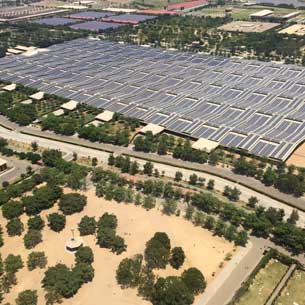 - Ranked #1 in the solar rooftop market by BRIDGE TO INDIA 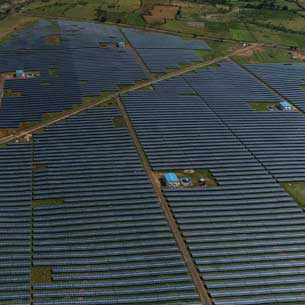 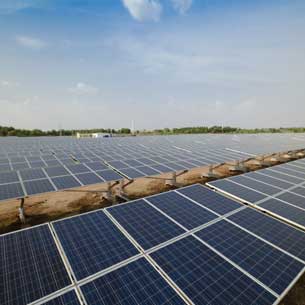 - Completed 10 MW for Jindal Aluminum Limited, largest to date in the state of Karnataka 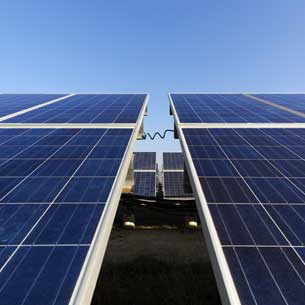 - Awarded Readers Choice Award in the solar cell category, by Electronics For You group that identifies leaders within the Indian electronics industry

- ICAI Award for Excellence in Financial reporting for the year 2008

- The Chhattisgarh rural electrification projects wins the Helios award by BP, the best global project of social importance in 2004-05

- Powered computers for use by 75,000 students and senior citizens in Emerald Isle, Sri Lanka using solar

- Expansion of manufacturing facility at Bangalore

- The first solar manufacturing facility is set up: 3 MW capacity, 100 mm round cell